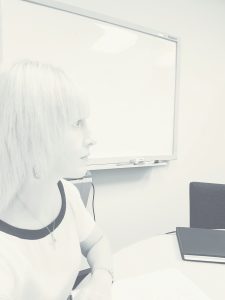 ‘Focus On Children’ was established in 2004 as a locally based Private Practice in the small city of Launceston, Tasmania.

Also in a Supervisor role Jo would oversee weekend arrangements for separated families, which were inclusive of the changeover of children from one parent to the other. This also included supervised visits for children with the parent they didn’t live with. At times these visits would include other family members.  Jo regularly prepared reports for the Family Court in this role.

Observations soon became thoughts and thoughts soon became a plan for the private practice. Jo felt for so many families who were experiencing difficult times throughout their separation, in particular the children. Hearing their frustrating and heartbreaking stories became the catalyst for ‘Focus On Children’.

Years of litigation and thousands of dollars seemed to be “the norm” for most of the families and Jo soon became adamant that it should be easier for parents to arrange things for their children following a separation; that is the ones who were in need for something in writing and who struggled to communicate with their ex partner for the benefit of their children.

‘Focus On Children’ was registered as a result and Jo simply “sat on” the name for a period of time, however continuing to advocate for the need. At one stage Jo attended and participated in a Family Law enquiry, which was running across Australia in 2004. Jo recalls that this was certainly an opportunity to have input into what seemed to be a government interested in change.

Jo continued on in the role with the Children’s Contact Service for a period of four and a half years before moving into a Counselling role with the Parenting Orders Program for two years. This involved the individual intake, counselling and case management of separated parents, along with six week education courses for the parents who were mostly mandated to attend.

By this time and in 2006 the Federal Government had completed their enquiry and rolled out the first round of Family Relationship Centres (FRC’s) across the country. FRC’s were established for the purpose of separated parents being mandated to attend Mediation as a first step following their separation and prior to being able to apply to Court. In Tasmania the first round of FRC’s was set up in Hobart.

One year later in 2007 the second round of FRC’s were rolled out across the country. Launceston was chosen geographically at this time.

A year later in 2008 the opportunity arose for Jo to take up a position with the Launceston Family Relationship Centre as a Specialist Child Consultant. Jo had by then completed training under the guidance of Professor Jennifer McIntosh from Family Transitions in Melbourne. Jenn is instrumental in the development of child inclusive practice and regularly researches and advises government on key policy issues for this work.

Basically, a Child Inclusive Practitioner sees children in a separate appointment and this forms part of the child’s parent’s mediation process. This enables feedback to be provided to parents and further assists them to reach decisions in their Mediation process that are in the best interests of their children when making arrangements for the children.

Jo had established a rapport with the Legal Aid Commision of Tasmania and was contracted as part of ‘Focus On Children’ to assist with their legally assisted mediations. Jo would meet with children and then feedback to the parents at a session held with a Chairperson from Legal Aid, along with parents and their lawyers present. These clients were not in any conflict of interest with the clients who Jo would see at the FRC. The established needs of the parents attending Mediation at the Legal Aid Commission were quite different and criteria had already been established that these clients warranted legal assistance.

Jo continued in her work as Specialist Child Consultant with the FRC and also in her spare time grew the business case load for ‘Focus On Children’. That was, until such time Jo moved to South Australia early in 2012.

Deciding that after ten years of separated family work it would be a good opportunity to take a break, Jo took on a contract with SA Health and worked in Social Work for Aged Care soon after settling into life in a new state.

Following a year’s break the opportunity arose for Jo to return to her work with separated families, only this time as Team Leader for an FRC carrying a large region in South Australia.

Jo’s scope of practice involves working with families for the purpose of Mediation for children’s matters and also property, along with Child Inclusive Practice.  Jo has also maintained her involvement for over a decade on a National Steering Committee as a Clinical member for Child Inclusive Practice, presenting in Western Australia in 2010 and in Darwin in 2019.

Clients are now able to access services at a physical location in South Australia, as well as from any location via telephone and via the internet utilising software such as Skype for an appointment.

Clients can access services for Family Therapy with Focus On Children or Health Coach sessions with My Bodys’s Keeper, or a combination of both.  This depends on individual clients needs and their wishes.

Jo strongly believes that her skill set and experience support her work as both a Family Therapist, Mediator and Child Consultant, as well as a Holistic Health Coach for individuals and groups.